From Waste to Waves

For over 70 years Land Rover has transported people across the world’s toughest terrain, but it is now making its first foray into the ocean with the ‘Waste to Wave’ surfboard, created using recycled plastic derived from early clay design models.

With an estimated 8 million tons of plastic dumped in oceans every year, taking hundreds of years to decompose, Jaguar Land Rover has strengthened its commitment to achieving its zero waste goal by creating a range of surfboards made wholly from recycled plastic. 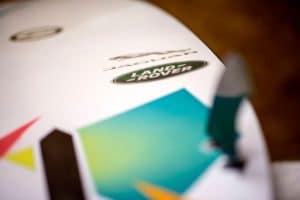 The surfboard was created in partnership with SkunkWorks Surf Co, a surf company with a focus on minimizing environmental impact, and tested by the English Women’s Open Surfing Champion surfer, Lucy Campbell off the coast of Northern Ireland. It was hand-built to the exact dimensions (5’7 x 18 3/8 x 2 3/16) required by Campbell, who is currently competing on the global circuit. It has carbon fiber rails from the nose and a carbon strip from the tail for additional strength while allowing flex to push through high-intensity maneuvers.

Polyurethane is used in the manufacture of life-size clay models which are modeled by hand at the very beginning of the car design process. The polymer forms the ‘skeleton’ of the models, which is normally destroyed once a car is launched, while the clay is recycled and re-used on site. Now, Jaguar Land Rover is ensuring that all plastic is recovered and sliced into blocks ready for a second life as surfboards or paddleboards.

The very first surfboard, which was created from a Discovery Sport clay model that was broken down in June 2017, was designed and built by SkunkWorks Surf Co in Northern Ireland. Land Rover invited Lucy Campbell, the UK’s number one female surfer, to get behind the wheel of a Discovery Sport before putting the concept through its paces on the waves of Whiterocks beach, Northern Ireland. 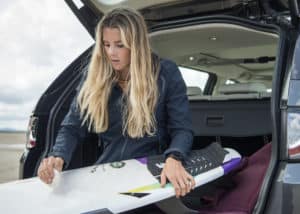 Lucy said: “When I first heard about this project I was so excited to be a part of it. The ocean is a big part of my life so helping to raise awareness of the need to preserve it is so important to me. I didn’t know much about the car design process and it’s been fascinating to learn about how Jaguar Land Rover is giving a ‘second life’ to its materials in this way. Getting out into the water and trying the board out for the first time was awesome.”

Ricky Martin, co-founder of SkunkWorks Surf Co, said: “I’m a keen surfer so being able to create sustainable boards that can ride the waves is great. When Jaguar Land Rover approached us with their idea of reusing polyurethane we couldn’t wait to get started in helping reduce their waste – a subject that is very close to my heart. It is so useful to get Lucy’s feedback. Her experience riding some of the best waves around the globe will be invaluable as we continue to develop our processes.” 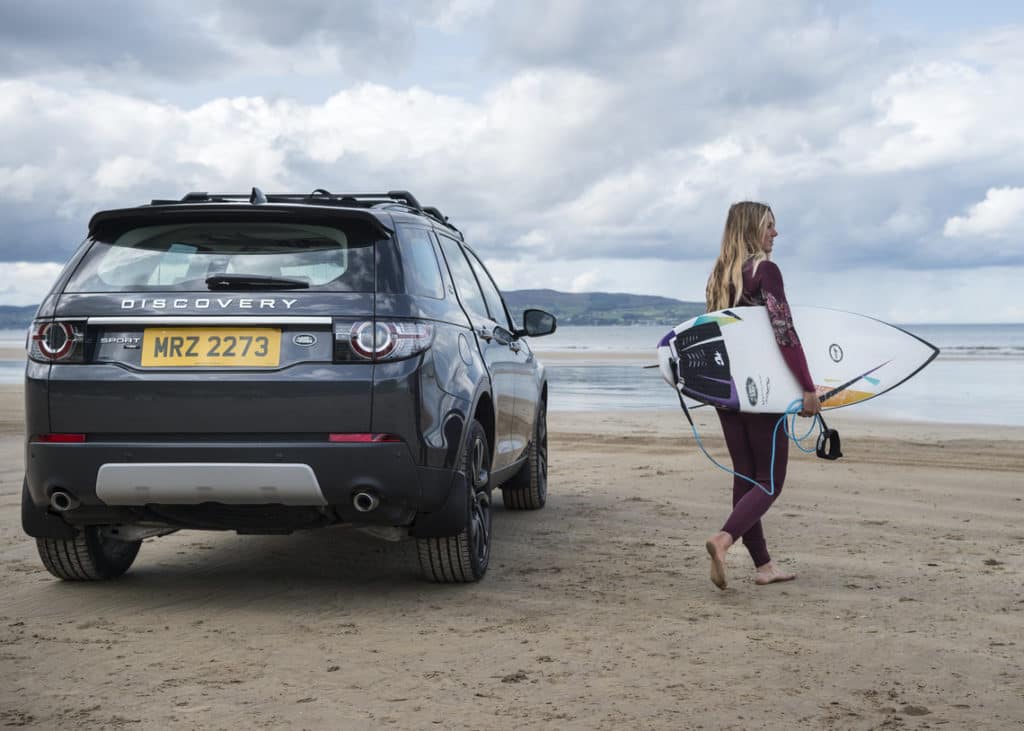